How I became a voice teacher 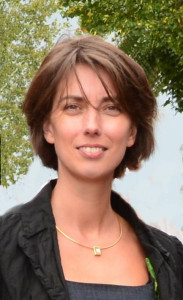 I’ve been singing since I was 7 years old. At that age I started to sing in a children’s choir and I started having piano lessons. I wanted to study music at a conservatory but my parents thought it would be better to choose another profession and enjoy music as a hobby. I thought their opinion made sense so I decided to study architectural engineering. After two years of study I already knew this engineering stuff was not my cup of tea. I managed to graduate anyway.

In the mean time I had started having voice lessons and conducting lessons. I was conducting a youth choir and I loved it!

After graduation, in 1998, there were so many jobs available that I could choose. So I did and I started working as an engineer in Rotterdam. I was drawing building plans for a hospital. I learned about surgery theaters, MRI’s, emergency rooms, etc.

My two brothers and two sisters are all good musicians as well. In 2001 my two sisters, one brother, my husband and brother-in-law and I decided we wanted to start a choir. Together with some friends we started a chamber choir. My brother-in-law and I formed the artistic staff. I started conducting on a regular basis and helped the choir members to improve their vocal skills.

After a couple of years in the architectural business I felt I wanted to make a career change. So while working in the office I started to study music again. In 2006 the opportunity came to explore the possibilities of becoming a voice teacher. Two years later I officially became one. Since then I have learned so much! Besides music and the human voice I also learned a lot about psychology, philosophy, medical issues, etc.

In december 2010 Eric Whitacre’s Virtual Choir came along. And it inspired me to help other singers to explore their voices by building a website about vocal technique. Since I launched the website, people from 95 countries have already visited the site! I’m so grateful for that!

I’ve decided to take this website to the next level. My deepest wish is to make it ‘the best place to learn about the singing voice’. That is quite a challenge, but I’m determined to make it happen!